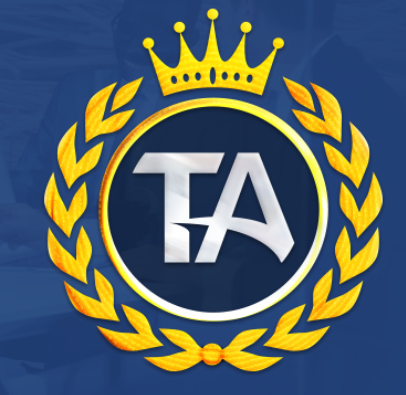 Here are my thoughts on the Traffic Authority solo ads business opportunity and marketing system.

I’m doing this review of Traffic Authority because I’ve recently taken a look at the Profit’s Passport system which is quite a popular opportunity that’s being promoted right now.

Here are my thoughts in this video Traffic Authority Review.

Up Next: My No1 Recommended Online System

Traffic Authority is one of the main offers as part of the Profits Passport marketing system.

In Profits Passport you are able to promote 4 business opportunities via one affiliate link and Traffic Authority is income stream number four as part of Profits Passport.

There’s lots of other systems that do this is where Traffic Authority is one of several income streams inside the back office of a done for you system.

The one the way it works is you are buying traffic from Traffic Authority to send to your affiliate link, to build your email list and promote whatever system you just joined.

It works out quite well and it’s a natural progression after you’ve joined the system, because it’s the recommended source of traffic.

You can instantly start promoting what you’ve just joined by buying traffic from their recommended provider and also you can become an affiliate of Traffic Authority and generate commissions by reselling the traffic.

As part of Profit’s Passport if you activate income stream #4 (and update the system with your own affiliate link) then when you sign up people into Profits Passport, and when they join Traffic Authority and buy some traffic then you earn a commission as a reseller of the traffic.

You can both use Traffic Authority to build your email list and resell the traffic. That’s why it’s quite popular as part of these done for you business opportunity systems as the recommended traffic source.

I think it’s pretty cool how Traffic Authority fits in with systems like Profits Passport, however I wouldn’t focus just on buying solo ads traffic when you join a system like this. I think it’s a good idea for it to be one of your many sources of traffic.

You can have a monthly solo ads traffic budget, but I’d also think it’s a good idea to publish regular blog posts to your own hosted website, get your own YouTube channel up and running, and do some social media advertising as well.

Solo ads should be one of many different traffic methods you’re doing rather than the only one. I think some of these systems focus on solo ads a bit too much as the only traffic source and more solo ads alternatives should be recommended.

It’s quick and easy to get this traffic, but it’s a bit harder to convert into sales. That is because it’s cold traffic compared to warm traffic that arrived by your own your own YouTube channel or your own blog or your own social media methods.

It’s much easier to convert those “free” clicks into sales than solo ads. On the other hand, solo ads are quicker and easier to get so it’s a bit of a balance.

In order to qualify to earn commissions to resell these products as part of the Traffic Authority affiliate program, you first need to buy each product in question yourself as a customer.

The the basic level membership is 27 per month and that is for the link rotator, the link tracker, and done for you lead capture pages to use to either promote Traffic Authority itself or you can customize them and build your own capture pages to promote other offers.

You’ve also got some exit pop-ups, timers, and split testing tools. So that that looks really good for the 27 dollar front end offer, because you can create your own capture pages and customize them to promote whatever you like and focus on building your email list.

They’ve got a mid ticket $97 a month upgrade, which is Traffic Academy, which gives you lots of training on how to get traffic with other methods other than just solo ads.

You get traffic training on solo ads, but in this section you have coaches specializing in other strategies such as social media and blogging and search engine optimization and YouTube.

You can learn a lot about these different traffic strategies that are not just solo ads and you can become an overall traffic generation expert.

Traffic Authority Traffic Packages (up to $8,000)

Traffic Authority acts as a solo ads broker. They sign up a number of different internet marketers who have big email lists and are solo ad vendors and then they will buy the traffic from them to send to your page. The profit they make is the difference between what you pay for the traffic and then what they pay their list vendors.

Another reason why the traffic is quite expensive is because of the affiliate program. In order to be able to pay the affiliates of Traffic Authority high commissions then the traffic itself is going to have to be marked up to allow for the business opportunity payouts.

You may well be able to get the same standard type of traffic as Traffic Authority if you were to go via a solo ads vendor that wasn’t part of the business opportunity, because they don’t need the markup in order to pay out resellers their 50% commissions as part of the Traffic Authority affiliate program.

When there’s an affiliate program attached to a traffic source then there’s likely to be a slightly higher price point to leave room for those commissions.

But it is quite a clever way the way Traffic Authority is hooked up to these done-for-you systems, because it gets people taking action, getting traffic and building their email list.

Summary of my Traffic Authority Review

In summary of my Traffic Authority review, I think it can be a good way for newbies to get started, but I wouldn’t use solo ads as your only traffic source.

I think it’s a good idea to go through the training, learning how to use the Page Builder and buy some traffic and resell some traffic and that be one of your overall marketing strategies, rather than all your focus going into just Traffic Authority as your only source.

But it could be a quite a cool way to get started in the affiliate marketing world and it works quite well as Traffic Authority is a natural business opportunity to have as part of all of these marketing systems.

That’s why I think Traffic Authority has done quite well. It’s never been one of the most popular and hyped up business opportunities, but it’s been quietly doing its thing for a couple of years and going under the radar just delivering the goods.

The reason for that is because they have an in-demand product of traffic. No matter what business opportunities are out there, people are always going to want traffic for it.

Hopefully my thoughts on Traffic Authority was of help. If you want to discover a bit more about how I do my internet marketing (getting traffic on the internet, building my email list and then promoting affiliate products for commissions) then visit the page below for my current number one system.

Up Next: My No1 Recommended Online System

Hey, I am a full-time digital marketer who writes about getting traffic and sales online.
>> My No1 Recommended System…

WebTrafficToolkit: I am a full-time digital marketer who writes about getting traffic & sales online.
Go Here For My No1 System...